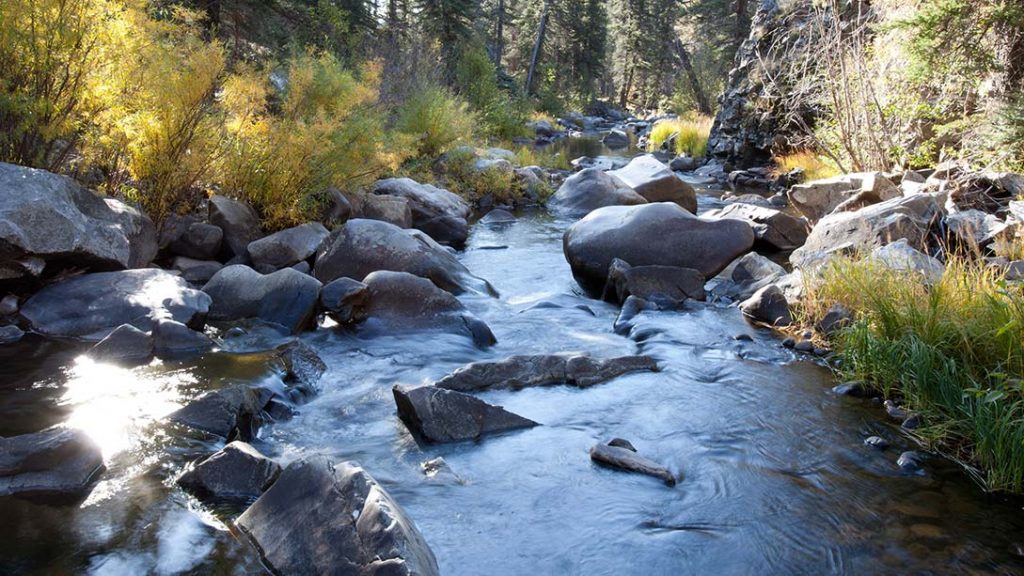 A three-week Outward Bound Course in the Weminuche Wilderness of the San Juan Mountains introduced Robin to the wilderness in 1987. Since that time, the wilderness has been a friend, teacher and sanctuary. Robin returned to Durango in 1989 to attend Fort Lewis College, graduating in 1994 with a B.A. in philosophy and a B.S. in chemistry. Late in college, she felt a calling to become a physician. After finishing medical training in Denver, she returned to Southwestern Colorado in 2003, serving as a physician of general internal medicine.

In 2006 the dharma drew her in because it offered a way to develop a deeper level of compassion and kindness than she had previously known. Wilderness and nature have been an integral part of her practice, as natural landscapes and their inhabitants are reminders of the importance of connection, kindness and compassion, and help her embody these qualities more authentically in all aspects of life. She has attended meditation retreats at Vallecitos Mountain Retreat Center yearly since 2010, repeatedly drawn by the land for the sense of connection and the spiritual home it offers.

Heidi has lived in Santa Fe since 1978 and was honored to join the board of directors in May 2015. She graduated from Colorado College with a degree in photography and is the vice president of a family-run company that specializes in vacation retreats in Akumal, Mexico. Heidi has been involved as a volunteer at Vallecitos Mountain Retreat Center since 2009 and has attended retreats yearly as a retreat manager. She sees the center and its beautiful setting in the Tusas Mountains as the ideal place to uniquely experience the wilderness life in a sacred and safe setting. She is committed to help protect, honor and share the legacy of Vallecitos Mountain Retreat Center, so that people can continue to experience a deeper awareness in this special place for generations to come.

Mary has been a Vipassana practitioner for over twenty years. During that time, she sat intensive retreats at the Insight Meditation Society in Barre, Massachusetts and done month-long self-retreats, both at home and at a remote cabin in the mountains. More recently she completed the thirty-month Community Dharma Leader training through Spirit Rock Meditation Center. For many years, she has taught the “Introduction to Meditation” class at the Santa Fe Vipassana Sangha, where she chairs the education committee.
Mary has always been interested in practicing in nature. She lived for five years in an off-the-grid cabin near Pecos, where she was first introduced to meditation.

Originally from Upstate New York, Jessica has called Durango home for over thirteen years. Before joining Vallecitos, she was an integral part of a local, veteran-owned small business, Chinook Medical Gear, as its chief operating officer. The company proudly provides life-saving medical supplies to our country’s military, law enforcement and first responders.

Jessica has been a yoga practitioner since 1997 and became a registered yoga instructor in 2010. Her passion for the yoga tradition eventually led her to the Durango Dharma Center where she has been a member and served on the board of directors for over four years, most recently as board president. A lifelong learner, her practice has taken her to places like India, Belize, Costa Rica, Telluride and others. Vallecitos Mountain Retreat Center offers a bridge for her to further connect her work and her practice, creating a wonderful experience for herself and others centered around heart and nature.

Jessica is a graduate of West Virginia University School of Business and Economics where she competed as a Division I swimmer. When not at work or practicing asana, Jessica enjoys biking, cooking, reading and leisurely hikes with her partner Ben, daughter Rayna and their dog Bodhi.

Erin Treat lives in Durango, CO and serves as a Guiding Teacher of Vallecitos Mountain Retreat Center.  She teaches retreats at Spirit Rock Meditation Center and the Insight Meditation Society and serves as a teacher and board member at the Durango Dharma Center. Erin offers talks, leads classes, and teaches meditation retreats in the southwest and nationwide.  Her approach to sharing the dharma is influenced by her experience as a student of the Diamond Approach by A.H. Almass and by her deep love of socially engaged practice, embodiment and wild nature.

Erin was born and raised in the prairie of Fargo, ND and was active in the performing arts throughout her early life.  After attending college in New York, she moved to Santa Fe, NM in 1995 to attend massage school.  She felt an unexpected sense of homecoming – an immediate connection to the cultures of the southwest as well as the magic of the red rocks, high desert, and alpine landscape of the Four Corners area. She settled in Durango in 1997.  A bodyworker and healing arts practitioner for more than 20 years, Erin enjoys working with students from around the country and especially at her home in Durango.  Erin is happiest dancing, hiking, cooking, and being in the mountains and rivers she calls home.

Originally from the East Coast, Greg fell in love with the Southwest’s mountains, rivers and broad vistas as a young boy. He vowed to return. Greg moved to Albuquerque in 1971 to pursue his graduate degree in architecture. After several years of internship, he established his own Albuquerque-based architectural firm in 1980 and continues to practice. The firm was established to provide architectural services for projects which enhance human endeavor, thus Greg has focused his career on institutional projects such as educational facilities at universities and public and private schools, medical clinics and hospitals, libraries, religious buildings and historic preservation.

Melissa has been part of Builder Homesite, Inc./NHT since its formation. She has held several roles within BHI/NHT, starting as vice president of CRM/BHI, and then as chief operating officer/BHI, and now splits her time between running the NHT subsidiary, managing the pro business unit within BHI, as well as continuing to manage and facilitate both consortiums (builders & manufacturers).

Prior to BHI, Melissa was at ClientLogic, a leading provider of integrated infrastructure and customer relationship management solutions. She held several executive positions, including vice president of sales, general manager, client management officer, where she worked with the sales field to assess the viability of new startup ventures as potential clients, and then finally as integration officer, where she led the integration of newly acquired companies into the parent company. Prior to ClientLogic, Melissa spent ten years at R.R. Donnelley & Sons in a variety of positions—sales, global account management, as well as front line supervision.

Kathryn sat her first meditation retreat at Vallecitos Mountain Retreat Center in 1997 and is a graduate of the Community Dharma Leader training program at Spirit Rock Meditation Center. She is a GreenFaith fellow, has a MBA and over 20 years of management experience with nonprofit organizations.

...Since the retreat, my pace of personal breakthroughs has quickened and old dynamics seem to be changing in positive ways. I am better able to deal with previously tense situations and successfully resolve them. I have increased feelings of peace. Thank you!

...I am so much more aware of the path I want to be on and the power of the sacred in my life.

...The time and the space to reflect and cultivate inner calm were so valuable. This was a very healing experience for me. It also started me on the practice of meditating. I meditate every day now, just for 10 minutes, but it makes a huge difference in my everyday life and with work.

...I had a tremendous experience at Vallecitos, which is one of the most rewarding and positive things I’ve done within my lifetime. I have incorporated many of the things I learned into my daily life, and it has been very healthy for me. I had to experience loving kindness, sympathetic joy and generosity to understand the full power and grace of these profound feelings and actions.

...The view of the Aspen trees outside my casita, the cool silent mornings of meditation, the warmth of the lodge, and the exquisite majesty of the land created a gentle but powerful impression... in one short visit I have come to treasure Vallecitos.

...I was teaching at Vallecitos one year in August, during the meteor showers. Our sensitivity heightened by hours of silent meditation, we would stand outside at night and watch trails of light cross the vast dark sky, signs from what I call the Greater Reality. Unforgettable.

...I came to Vallecitos for a retreat years ago and fell in love with it.  Now as a volunteer and yogi I try to come back every summer to soak up the stunning landscapes as well as the rich dharma.  This place truly calls me home.

...Vallecitos has truly become a home to me. Working with such great teachers and mentors is an honor and being able to absorb all the knowledge and blessings that flow through the gorgeous land has shaped my soul and nourished my mind. It really is a magical place that I am forever grateful for.

...I cannot express in words alone how important the retreat was for me. One of the most valuable lessons I learned is the importance of listening to my inner self. Vallecitos provided the necessary environment that makes it impossible not to go inward. When I returned home, I hit the ground running, but with a more focused direction. I attribute that to my stay at Vallecitos.

...Vallecitos has always been one of my spiritual homes. It is a place where I have learned so much about the refuge of wilderness. It is where I have discovered so much about my own nature, from the wildness of nature there. Not only is it exquisitely beautiful and pristine, it is also profoundly serene and a place of deep renewal. I feel so blessed to have been able to visit every year for the past twenty years. I am eternally grateful for that land.

...17 years ago, I received an invitation to sit for 10 days of silence at Vallecitos.  I accepted the invitation with no idea of the lasting impact the retreat would have on me.  Over the years, the annual pilgrimage has provided me with tools to sustain and deepen my ongoing mediation practice. Sweeping fields of wildflowers, star-dotted nights, and bubbling streams provide a unique opportunity to directly experience interconnectedness.   This gentle, wild setting is a profound environment to recharge mind, spirit, and body.